And so there’s Mr. Tea. So spiritual and sexual at the same time the connection between the two gives you goosebumps. Mr. Tea is kind of fun, weird and mysterious at the same time. I’ve never met him. Could call it an online relationship but it is not. Online – yes. Relationship – no. Kind of. Oh, well…

I had a dream about a person named Mr. Tea (the name has been changed for privacy reasons and is known to the author of this blog). The feeling of being beside him was so amazingly good. It was not physical if that’s what you’re thinking. It just felt like I am taken care of. As I woke up in the morning my only thought was to find that man. And where does one look for people nowadays? Facebook! So I entered the named from my dream in the search field and… there were several Mr. Teas. Immediately I rejected those who had kids or wives in their profiles pictures. Never wanted to ruin a family, never thought the person who took care of me could be already taking care of someone else. By looking at those small profile pictures I realized one of them could look like the man from my dream. And then I don’t remember what happened but apparently I sent him a friendship request. Must have, as maybe a year and a half and a couple of relationships later the request was unexpectedly accepted. I sent a message asking WHY and WHY NOW. Word after word and we were chatting non-stop. Exchanging photos of our dinners! How crazy is that? Just like with M, there was this feeling as if you’ve known that person for ever. Unlike with M, there was also a sense of strange and unknown. Not because we would be culturally very different but because every person is a mystery to be discovered. The thing is just that we tend to want to discover certain people and do not care the least bit about other. I wanted to get to know Mr. Tea and Mr. Tea wanted to get to know me. Gradually we turned out to like each other. He started calling me more. The problem was that he actually had a wife and two kids (!) and I was living with a relative at that time. I did not want her to know anything about my relationships (I have my reasons to hide). Neither did I want my kids to suspect anything and start asking questions. I just want to keep the convenience of being left in peace. So we had to keep things low. Did I feel bad about him being married? Not at all. From the very beginning I had the feeling this was not getting us anywhere. So no real cheating involved. He had big issues with his wife and sometimes I felt more like a therapist to him rather than a lover. You say lover is not an appropriate name to call myself in this situation? I wouldn’t be so sure. Very short into our communication Mr. Tea became  Mr. Sexy. It was all too obvious this man was not getting enough of the thing and he needed it more than he needs water. As for me it was quite different. I simply fell no need for a bodily relationship. It was thins blissful time when you are single and do not need anybody’s soul or body. You are just self-sufficient. The feeling is indescribably good. You are calm, content, at peace. And there comes this man with all of his sexual energy overflowing. At first my reaction was that of rejection. Don’t get me wrong, I felt good inside knowing that there is a man who wants me like crazy. Every woman in any situation would feel good about it deep inside. However, at the same time it felt like a total waste of time. Imagine yourself engaging in a sexual conversation with someone when sex is the last thing on your mind (or, to be more precise, not existing on your mind at all), spending time talking over the phone or chatting online when you have your kids waiting for your attention, chores to do, work to go to, blog to write, etc. But at some point Mr.Tea just got me. It was the second time in my life when I was in the situation of not striving for a bodily relationship and yet giving in totally. It is like a switch. One moment it is off and the next one it is suddenly on. It was off for several moths, a year, for a long time. And suddenly there is light and I realize that the blissful darkness is not enough for me any more. If you ask me how it fells, it feels sad. Imagine you don’t have something and you don’t need it at all. And suddenly the switch is on, there you are needing the thing yet you still do not have it. Sad, isn’t it? You lose the peace of mind. When it happened to me for the first time, the physical relationship that at first I didn’t want or need was eventually there (happened with Mr. J, will tell about him one day). This time, with Mr.Tea the need to have someone near me reappeared but there was no one around. We could talk about wildest things but physically he was not there. Still, it almost felt like love. Although his feelings for me were much stronger than mine for him. I just managed to stay distant and keep a cool head, probably because I was hurt so many times before. This time my mind and heart just refused to jump into it. Eventually Mr. Tea and I started fighting. Just like a real couple. And we stopped communicating for months. I knew I was supposed to feel sad. But it felt liberating. I regained all of my time back. Yet Mr. Tea was somewhere in the back of my mind. He was there wasn’t gone and forgotten.

One day I accomplished something big. Back when we were still communicating I had told Mr.Tea that I planned to accomplish this. And once I did I just wanted to let him know. Because this was something important. I only expected him to acknowledge. Just a nod of the head. But no, he said I had revived everything, had brought the feelings that he had almost killed back to life.

We seldom chat now. Talked over the phone once. I like it this way, like to keep it down. At the same time I miss him in a way. I think about him. He used to have plans to meet. I would like that and… I wouldn’t like that. I don’t want to lose him and I don’t want to have him. Him as a virtual lover is a waste of time. Him as someone real means him losing his family and me getting involved with someone I am not head over heels in love with. At the moment our relationship is kind of down. But is not over. Neither is it flourishing. Just go with the flow kind of thing. Am I with Mr. Tea just because there is no one better around? No! It is much better to be single than be with just anyone. I know that from my own painful experience. And I do have the comfort to be single. Yet Mr. Tea feels kind of mine. As if I do and do not belong with him. Am I with him? 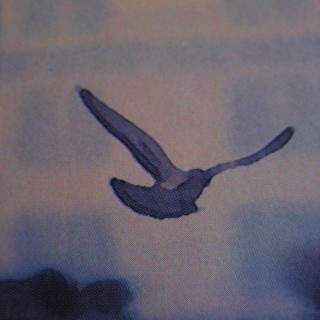 My experiences, memories, thoughts and stuff about love and other minor things. My version of the past and present the way I see it. Because the way I see it is the truth for me. Writing openly, absolutely openly. That is all.